R.L. received his law degree from Vanderbilt University Law School in 2013. While in law school, R.L. served as the Notes Editor for the Vanderbilt Journal of Entertainment and Technology Law and received a Law & Business Certificate. He was a Chancellor’s Law Scholar and inducted into the Order of the Coif for finishing within the top 10% of his class.

R.L. is happily married to his wife, Elisse, and together they have four children on Earth, Cecilia, Audrey, Genevieve, and Robert and two in Heaven, Mary Joseph and Gemma. 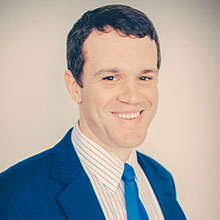